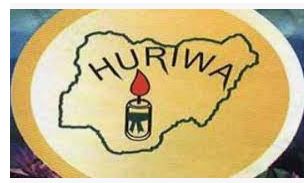 …accuses soldiers in Imo State of arbitrary arrest and extortion of citizens:

…calling the rash of coordinated killings centred around Akokwa, Ama-Edward and the Arondizuogu-Okigwe Highway unbearable and intolerable.

A call has gone to Imo State Government and others in the South East of Nigeria to take steps to restore governance, stability and security in the region or risk the total collapse of apparatuses of governance and the manifestations of anarchy, doom and general disorder.

HURIWA has also condemned the heads of security agencies in Imo State and other parts of South East for failing to put measures in place to check the Persistent upsurge in coordinated violence and campaign of terrorism on the citizens of the region by armed Non state actors. HURIWA said report rea hing it shows that soldiers in internal security operations are fond of arresting villagers and extorting huge cash from them as bail fees.

Specifically, the rights group wondered why the security agencies such as the police, the Department of State Services, the Army, Civil Defence amongst others have failed to beef up security around the Akokwa Ama-Edward,  Arondizuogu-Okigwe federal road which have become the epicentre of daredevil terrorist attacks including the assassination attempt on the life of the Spokesman of the Coalition of United Political Parties(CUUP) Mr. Ikenga Ugochinyere in Akokwa.

Besides, HURIWA based on information sent to it has narrated a report of what happened on  the 10th January at about 10:30 pm which led to the killing of the would-be groom and bride in Arondizuogu, thus: ”

Report has it that the said Unknown gun men attacked a man with Lexus 330 near white filling station Ama Edward but the man escaped from the vehicle and they burnt the 330 Lexus.

The gun men went down to Iyiebo with three vehicles which includes a Nissan pickup ”white”, Rang Rover spot ”black” and High lander ”milk color”  jeep. All these vehicles was not snatched here but they came in to Izuogu with them.

Still on Iyiebo they blocked the road with the vehicles as one of  their victim who escaped from them detailed us as follows.

One Mr Ekemezie Ifechukwu a native of Ejezie Izuogu but lives in Ibadan was returning yesterday and stopped at Akokwa. He called his brothers and wife to be to come and pick him  from Akokwa with Keke. The wife’s to be’s name: Gloria Ijema Mba from Anambra.

Chinedu Ilonu the Keke man and also his brother from same Ejezie And  Mr Friday Obiukwu same Ejezie brother who managed to escape untouched.  Mr Friday Obiukwu told us that when they reached to Iyiebo,  seen the vehicle that were used to block roads they thought  they are greeting each other without knowing that they are targeting something.

The keke driver swarves into a little space by the side to pass them, the Nissan driver blocked them not to pass but they forcefully scratched the Nissan and enter Iyiebo Ejezie road not knowing that the Nissan guys followed them up with their light off, while using the Keke light to double cross them.”

HURIWA stated further that information reaching her office showed that the victims then  scampered for safety at Ejezie Civic center , When they noticed that those guys was after them.

One of the gun men opened fire on them killing Ifechukwu Ekemezie and Chinedu Ilonu instantly and left the pregnant wife with bullet wound at her left hand.  After the shootings, some persons within hearing distance of that vicinity of the attack said that  they (the terrorists) started   quarreling the guy that shot at people  why he did so and they all went off to Iyiebo and  set the Nissan and rang Rover on fire then move toward Obinetiti with heavy noise coming out from the High lander as if they are fighting in the car.”

HURIWA recalled that the killing of the would-be couple from Arondizuogu happened only on January 10th but the security agencies in Imo State failed to activate any sort of mechanisms to stamp out these incessant terrorist attacks and threats around the Akokwa Ama-Edward and the Arondizuogu-Okigwe Highway even when over half a dozen violent incidents have happened around there even as the Rights group said it is disturbing that the same day that the Spokesman of the CUUP Ikenga Ugochinyere was attacked, some armed men ran through Umuna and dumped a corpse of a policeman at Afor-Umuduru in Onuimo local government area before running off towards Akokwa through Ndiawa in Ideato North LGA of Imo State.

But HURIWA alleged that soldiers who were in pursuit of the gunmen went to Afor Umuduru and arrested many innocent villagers who were then made to bail themselves with as much as N500,000 each.

HURIWA is calling on the Chief of Army Staff Lieutenant General Faruk Yahaya to investigate these damaging allegations of miscarriages of justice, irregular, arbitrary arrests, detention and extortion of villagers of Imo State by soldiers carrying out the internal security operations in Imo State just as the Rights group recalled that only few weeks back the Anambra State deputy governor had caught soldiers extorting motorists in parts of Anambra State.

HURIWA said that these criminal tendencies of a few soldiers are damaging any sort of civil and military relationship which makes it difficult for the state of insecurity in the South-East to be dismantled and for the armed attackers to be subdued, decimated and degraded.