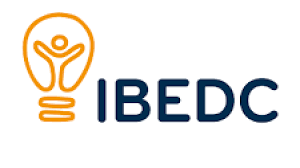 THE Ibadan Electricity Distribution Company (IBEDC) is collaborating with the United States Agency for International Development (USAID) to promote gender equality and empower women in the power sector..

The News Agency of Nigeria (NAN) reports that this was the focus of ” IBEDC 2022 DISCO for Women Conference” held in Ibadan on Thursday.

The conference had the theme, “Breaking the Glass Ceiling”.

Speaking at the event, Mr Kingsley Achife, Managing Director and Chief Executive Officer, IBEDC, said that the power industry had long been seen as the domain of the male gender.

He said this was the reason for the terminologies used in the industry such as linesmen, draftsmen, among others.

Achife, who was represented by Mr Iranola Ayodeji, Chief Business Transformation and Strategy Officer, IBEDC, said the company had changed the narrative by being the first Disco to adopt more gender-friendly nomenclatures such as lines worker.

He expressed the hope that other Discos will follow suit.

“It is in view of this that IBEDC partnered with the USAID to push the engendering agenda across the power sector in Nigeria and beyond.

“IBEDC has established a team of employees nicknamed MANBASSADORS and trained by USAID, to engage the male and female gender from all walks of life to embrace the concept of gender equality.

“Yours truly has been appointed the MenEngage Champion.

“Furthermore, IBEDC has plans to improve the gender mix for female employees to at least 20 per cent in the short term and then scale up as time goes by,” Achife said.

He said that statistics had shown that, on average, women in leadership roles performed better than their male counterparts in strategic decision-making.

“The gut feeling and instinct that women are known for cannot be overshadowed by cold hard facts and figures that male managers tend to base their decision on,” the managing director said.

The Guest Speaker, Mrs Patricia Akinlotan, Executive Director, EZ 37 Solutions Ltd, said that the conference was about empowering women to rise above the limitations placed on them.

“Everything starts with you and if you remove the glass ceiling on your mind, you clear all obstacles, and you have intentional focus, then you see what others are not seeing.

“You can have access to information, because we live in a digital age and information is power,” Akinlotan said.

She enjoined the government to prioritise education for women, “because if you educate a woman, you train a generation”.

A gender equality advocate, 14-year-old Aline Shahimi, said “change starts from the house. If you want a society where we are developed, and men and women are valued equally, then you must start from the home.”

In her remarks, Ms Ehi Obaseki, Chief Human Resources Officer, IBEDC, said that gender equality had come to stay, adding that there was the need to change our thinking and the gender stereotypes.

“Women need to be more visible and step up to apply for jobs. When we put out job adverts, we noticed men are quicker to apply than women, who have other considerations.

NAN reports that in 2015, USAID and IBEDC  signed a Memorandum of Understanding (MOU) on engendering utility programmes.

This is a platform to infuse the diversity required to recruit, train, and empower more women into IBEDC workforce. (NAN)