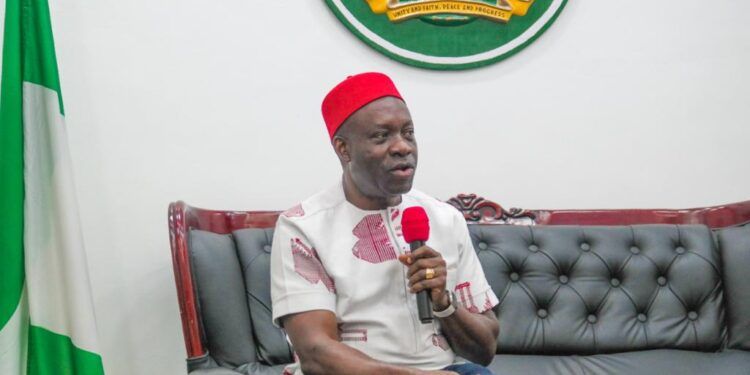 GOV. Chukwuma Soludo of Anambra has announced a reduction in the amount of levies payable by public transport operators in the state.

Soludo announced this at a meeting with stakeholders in the transport sector in Awka on Wednesday.

He also approved a weekly payment option as against monthly payment.

He also suspended the collection of loading and offloading fee from haulage vehicles until further notice.

The governor reaffirmed the ban on collection of levy from hawkers, wheelbarrow pushers and other forms of indigent traders.
He said that his administration was addressing the issues of multiple taxation, describing it as a huge disincentive to trade and commerce.

He said that government would evolve a progressive, simplified and technology-driven tax system, where the rich would pay more and touts would have no role any longer.

Soludo said it had become necessary to fine tune the revenue collection system.

According to him, about 90 per cent of the proceeds from multiple levies never reached the government but ended up in private pockets.

Soludo said that transport unions would continue to exist but must be registered and managed by those operating the sector.

He said that renteer unionists would no longer be allowed.

He urged them to cooperate optimally and reciprocate government’s kind gesture.

He said that tax was crucial to executing public sector policies and programmes.

The governor gave assurance that every money meant for the people would be utilised to work for them. (NAN)