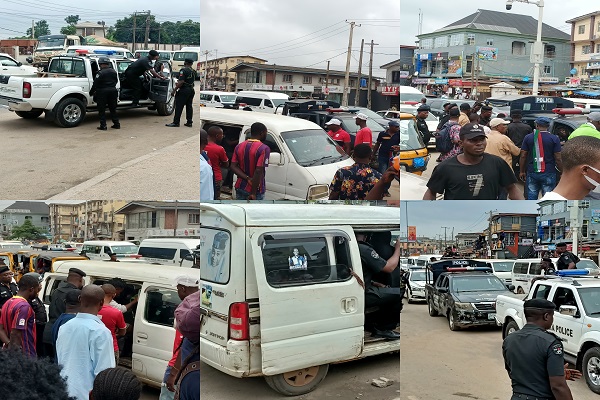 SECURITY operatives have apprehended illegal task force officials during the protest organised by the Nigeria Labour Congress (NLC) in solidarity with the striking Academic Staff Union of Universities (ASUU) in Lagos on Tuesday.

The task force officials, including a driver and other team members, created a scene after arresting an offender.

The Nation observed the scene caused some union members to intervene in situation but it resulted in heated arguments.

It however took the timely intervention of the security operatives deployed to protest ground to arrest the situation.

The task force officials were arrested and have been taken to the police station.

The police however declined to speak.