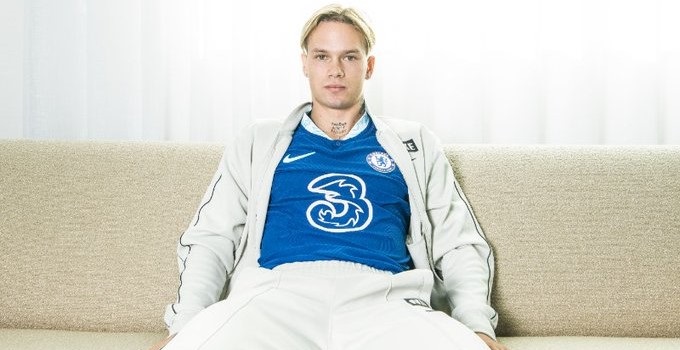 CHELSEA on Sunday announced that Mykhailo Mudryk has finalised his move from Shakhtar Donetsk to the club after agreeing personal terms.

The Ukrainian international, who turned 22 earlier this month, put pen to paper on an eight-and-a-half-year contract with the Blues to seal his move to Stamford Bridge.

“I’m so happy to sign for Chelsea. This is a huge club, in a fantastic league and it is a very attractive project for me at this stage of my career. I’m excited to meet my new team-mates and I’m looking forward to working and learning under Graham Potter and his staff,” Mudryk said after completing his move.

Speaking on the transfer, Chelsea Chairman Todd Boehly, and Co-Controlling Owner Behdad Eghbali said, “We are delighted to welcome Mykhailo to Chelsea. He’s a hugely exciting talent who we believe will be a terrific addition to our squad both now and in the years to come. He will add further depth to our attack and we know he’ll get a very warm welcome to London.”

Mudryk joined the Shakhtar Donetsk academy in 2016 and, after a handful of senior appearances and loans to fellow Ukrainian Premier Liga sides Arsenal Kyiv and Desna Chernigiv, made his first-team breakthrough over the course of the 2021/22 season, with two goals and seven assists in 11 league games.

His club form earned Mudryk a place in the senior Ukraine squad last year, receiving eight caps since making his international debut in their win over Scotland in the FIFA World Cup qualifying play-offs in June.