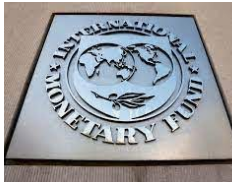 THE International Monetary Fund (IMF) says it has made significant progress in ensuring gender equality in its workforce through the EDGE Certification.

This is contained in a statement obtained from the IMF website on Thursday in Abuja by the News Agency of Nigeria (NAN).

According to the statement, the IMF is proud to announce it has progressed to the EDGE Move level, the second of three certification levels of EDGE Certification.

It said EDGE is the leading assessment and business certification for gender and intersectional equity in the workplace, worldwide.

“This certification recognises the IMF’s significant improvements in gender representation across all levels of its workforce and commitment and progress in monitoring, benchmarking, and achieving workplace gender equality.

The statement said the IMF initially became EDGE certified at the EDGE Assess level in 2017 and secured recertification at the same level in 2019.

“Today, almost 40 per cent of the IMF’s senior leadership team are women.”

The statement said the IMF promotes the full participation of women in the workforce globally.

“The IMF believes it is equally important that women are fully represented in the institution’s own staffing.

“The fund has made big progress in attracting and retaining top female talent and is committed to improving diversity, equity, and inclusion more broadly, beyond gender.”

“I am most pleased and proud of the progress the fund has made toward a more equitable workplace.

“This recognition of our internal commitment to gender equality comes on the heels of the Executive Board’s recent approval of the fund’s first gender strategy aimed at integrating gender in the IMF’s core activities.

Georgieva said the EDGE Move certification could not have been timelier.

According to her, it reinforces the evidence and IMF’s belief that reducing gender disparities goes hand-in-hand with higher economic growth, greater economic stability and resilience, and lower income inequality.

“Having reached the second of three levels of EDGE Certification, it is showcasing progress toward a more gender equitable workplace.

Unguresan said the EDGE Move certification, along with IMF’s new Gender Strategy, demonstrated a strong and relevant commitment to gender equity and diversity and inclusion as a driver of sustainable economic growth and opportunity.

“This is not, not only for the organisation itself but also for its 190 member countries,” she said.

The statement said EDGE Certification involves a rigorous third-party review of representation across the pipeline, pay equity, effectiveness of policies and practices, and inclusiveness of an organisation’s culture. (NAN)