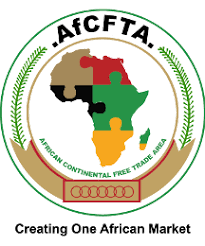 “While the AfCFTA’s promise is high, that promise can be realized only if the agreement is implemented efficiently,” Pedro said, admitting that implementing the AfCFTA Agreement and supporting African economies, particularly Least Developed Countries (LDCs), was no small task.

In remarks at the opening of the regional consultation on LDC5 for LDCs in Africa and Haiti, Pedro said the Doha Programme of Action for Least Developed Countries was timely for Africa whose economies have been impacted by the Covid pandemic and the Ukraine war.

The regional consultation on LDC5 for LDCs is taking stock of trade elements of the Doha Programme of Action for the Least Developed Countries for the Decade 2022-2031 (DPOA). The regional consultation is organized by the World Trade Organisation and United Nations Office of the High Representative for LDCs (UN OHRLLS), in cooperation with the Enhanced Integrated Framework (EIF).

Welcoming the Doha Programme of Action for focusing on increasing LDCs exports and accelerating digital transformation & building institutional capacities, which were critical to Africa which has 33 of the world’s 46 LDCs.

The ECA has facilitated deepening Africa’s participation in the battery and electric vehicle value chains through current investment projects in the Democratic Republic of Congo and Zambia. In addition, the ECA’s work on the transboundary agro-industry park and special economic zone involving Zimbabwe and Zambia was promising and it would equip the two land-locked and least developed countries to become bread baskets for Southern Africa and possibly Africa.

This was critical in light of the vulnerabilities exposed by the COVID-19 pandemic and the conflict in Ukraine. Africa needs to mitigate the potential negative impacts of future external shocks.

“Trade is a sine-qua-non for ensuring sustained growth and achieving the SDGs,” she said, adding, “The Doha Programme of Action for LDCs for the decade 2022-31 sets an ambitious agenda that can serve as an accelerator to promote LDCs’ trade.”

While international trade has faced severe interruptions ranging from sanctions, export restrictions, energy costs, volatility in financial markets, and disruptions in value chains, the export of goods from LDCs in 2021 amounted to US$229 billion, representing a 27 per cent increase from 2020. African LDCs recorded a 35 per cent increase in exports during the same period.

“The establishment of the Africa Continental Free Trade Agreement (AfCFTA) will further complement these efforts to boost intra-African trade; and to strengthen production and exports, create employment, and limit the impact of commodity price volatility,” Ms. Fatima said.

WTO Deputy Director-General, Mr. DOG Xiangchen Zhang, said 2023 is an important year during which the international community will be marking an important milestone in helping LDCs realize their full potential at the Fifth UN Conference for LDCs in Doha.

“Trade has been one of the forces for achieving the ambitions set out in the Doha Programme of Action for LDCs for the next decade,” Mr. Zhang noted.

The event brings together high-level government officials from more than 30 LDCs, trade experts and academia. The outcomes of this consultation will be presented at the second part of the Fifth UN Conference for LDCs in Doha, Qatar, to be held in early March 2023.