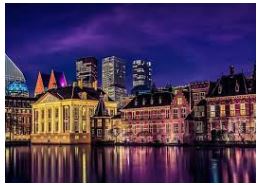 IRAN on Monday told judges at the International Court of Justice in The Hague that the U. S. had created an “industry of litigation” against Tehran in breach of international law.

Lawyers for Iran, which brought its case to the ICJ in 2016, accused Washington of having breached a 1955 friendship treaty by allowing American courts to confiscate assets from Iranian companies, including 1.75 billion dollars from Iran’s central bank.

This was done to award damages to victims of what the United States said were terrorist attacks sponsored by Iran. The Islamic Republic denies supporting terrorism.

The 1950s friendship treaty was signed long before Iran’s 1979 Islamic Revolution, which toppled the U.S. backed shah, and the subsequent severing of U.S. Iranian relations.

After Iran filed two claims based on the 1955 treaty which accords the ICJ jurisdiction Washington formally withdrew from the accord in 2018.

The United States will plead its side of the case on Wednesday.

In earlier hearings, lawyers for Washington argued that the court should throw out Iran’s claims because Tehran itself had violated the 1950s treaty by allegedly sponsoring international terrorism.

The ICJ, also known as the World Court, is the United Nations’ top court dealing with disputes between states.

Its rulings are binding, though the ICJ has no power to enforce them, and the United States and Iran are among a handful of countries to have disregarded its decisions. (Reuters/NAN)