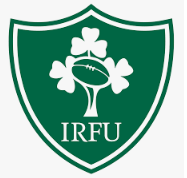 THE Irish Rugby Football Union has confirmed it will ban transgender women from competing in female contact rugby games after a review of the governing body’s transgender policy.

It means contact rugby for players in the female category will be limited to those whose sex was recorded as female at birth.

The IRFU’s new policy will come into effect from the forthcoming season.

It said the decision was based on “medical and scientific evidence”.

In a statement, the IRFU said: “The IRFU is keenly aware that this is a sensitive and challenging area for those involved and the wider LGBT+ community and will continue to work with those impacted, providing support to ensure their ongoing involvement with the game.

“Recent peer reviewed research provides evidence that there are physical differences between those people whose sex was assigned as male and those as female at birth, and advantages in strength, stamina and physique brought about by male puberty are significant and retained even after testosterone suppression.”

The decision follows a similar move by the Rugby Football Union (RFU), which voted to pass its new policy in July.

In 2020, World Rugby became the first international sports federation to rule that transgender women could not compete at the elite and international level of the women’s game.

Two registered players will be affected by the rule change and the IRFU says it has “discussed the matter directly with them including options to remain active in the game”.

Transgender men will continue to play in the male category if they provide written consent and a risk assessment is carried out.

Spirit of Rugby manager Anne Marie Hughes said the IRFU is “committed to inclusivity”, but added that the governing body accepts that “some may feel disappointed in this decision”.

“The IRFU is committed to inclusivity and has worked with the players and other groups in the LGBT+ community to explain that this change is based solely on new research related to safety,” said Hughes, who has worked on policy development in this area since 2014.

“This is a particularly sensitive area, and it is important that respect is shown to all members of our rugby family and the wider community.

“We will continue to work to be as inclusive as we can be and to explore areas such as tag and touch rugby, which we know some of our players are already considering, refereeing, volunteering and coaching.

“We continue to stand with the LGBT+ community, and while we accept that today some may feel disappointed in this decision, we want to again underline to them – there is a place for everyone in rugby, and we can all work together.”

Moninne Griffith, chief executive of Belong To and co-director of Trans Equality Together, said the decision would have “deep-reaching negative consequences across society”.

“It is openly sending a message to trans people, their families and allies that they are not welcome in the rugby community,” said Griffith.

“It is also setting a dangerous precedent for other Irish sporting organisations to follow their lead in banning trans players.

“We note the IRFU’s values include respect, integrity and inclusivity. This decision flies in the face of these values.”

What have other sports done?

In June, swimming’s world governing body Fina voted to stop transgender athletes from competing in women’s elite races if they have gone through any part of the process of male puberty.

In June, UK culture secretary Nadine Dorries met with the heads of UK sporting bodies and told them that “elite and competitive women’s sport must be reserved for people born of the female sex”.