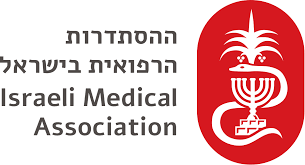 ISREALI doctors staged a 24-hour warning strike on Monday, said the Israeli Medical Association (IMA), which represents most doctors in the country.

The strike, which is attended by doctors from public hospitals and clinics throughout Israel, was announced after the recent incidents of violence by patients and family members against medical staff.

During the strike, only life-saving treatments and surgeries are performed, the IMA noted.

“Violence in the healthcare system has long since become an epidemic, with red lines crossed almost every day,” said IMA Chairman Zion Hagai.

Last week, a pediatrician was beaten by a patient’s parents at Soroka Hospital in the southern city of Beer Sheva, and a gynecologist was attacked by a patient at a clinic in the central city of Ramla.

The strike started even though the Health Ministry Director General Moshe Bar Siman Tov on Sunday called on the doctors to refrain from doing so.

“Violence seriously harms the health system and its employees,” Bar Siman Tov wrote in a letter to Hagai, “but the shutdown measures will harm the patients and their daily routine.”

Last year, the Israeli government announced the establishment of police points in hospitals and initiated legislation to harden punishment.

However, due to the recent incidents, the doctors are now calling for significantly strengthening security in all health institutions and speeding up legislative procedures.

The IMA warned that if the demands are not met, more severe and prolonged measures will be taken. (Xinhua/NAN)