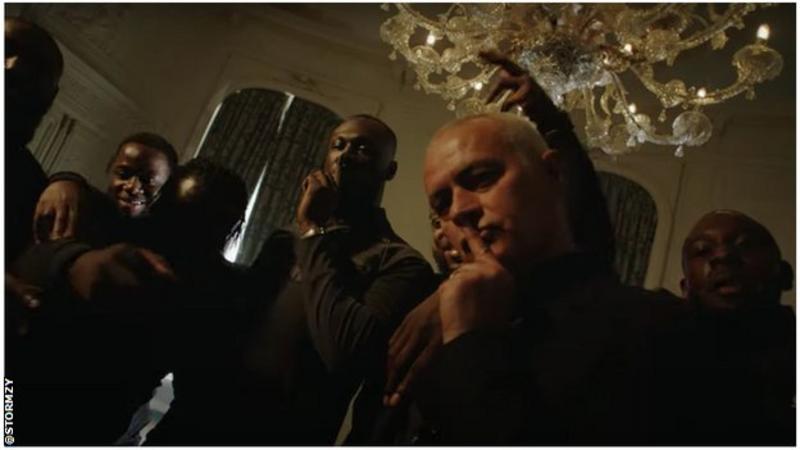 STORMZY and Jose Mourinho is the link-up we never knew we needed.

The London rapper dropped a video for his new track ‘Mel Made Me Do It’ on YouTube on Thursday and Portuguese manager Mourinho makes a special appearance.

The ex-Manchester United and Chelsea boss appears with Stormzy and his crew in a cameo during the 10-minute video, while the artist delivers the line: “They love to talk about the old days, the man are old like ‘Annie, are you OK?’, I prefer not to speak like I’m Jose.”

Audio follows of one of Mourinho’s most famous quotes: “I prefer really not to speak. If I speak, I am in big trouble.”

The video is packed with celebrities, including other musicians like Dave, JME and Little Simz, as well as TV stars Jonathan Ross and Louis Theroux.

Mourinho’s moment in the limelight is ‘special’ though, of course. The Roma manager has always been a big character in the game, but since he set up his Instagram account, he’s also evolved into a bit of a social media star.

The 59-year-old posted a picture with himself and Stormzy to Instagram on Thursday, saying: “Was great fun doing this cameo for Stormzy’s new music video.”

Stormzy is a big Manchester United fan. We wonder what he had to say to Mourinho about his tenure at the club.

The song is also littered with sporting references, with nods to NBA star Kyrie Irving.

“Why would I reply to him? I leave him hanging like Kyrie on the rim,” says Stormzy.

“I’m shining in my skin, for eight figures, I’m Aubameyang, I go and sign the ting.”

NFL player Khalil Mack features when Stormzy says: “I rhyme like I’m ill, linebacker, holding on the line like Khalil.”

Dwayne Chambers, the British track sprinter, is also included in some of Stormzy’s lyrics.