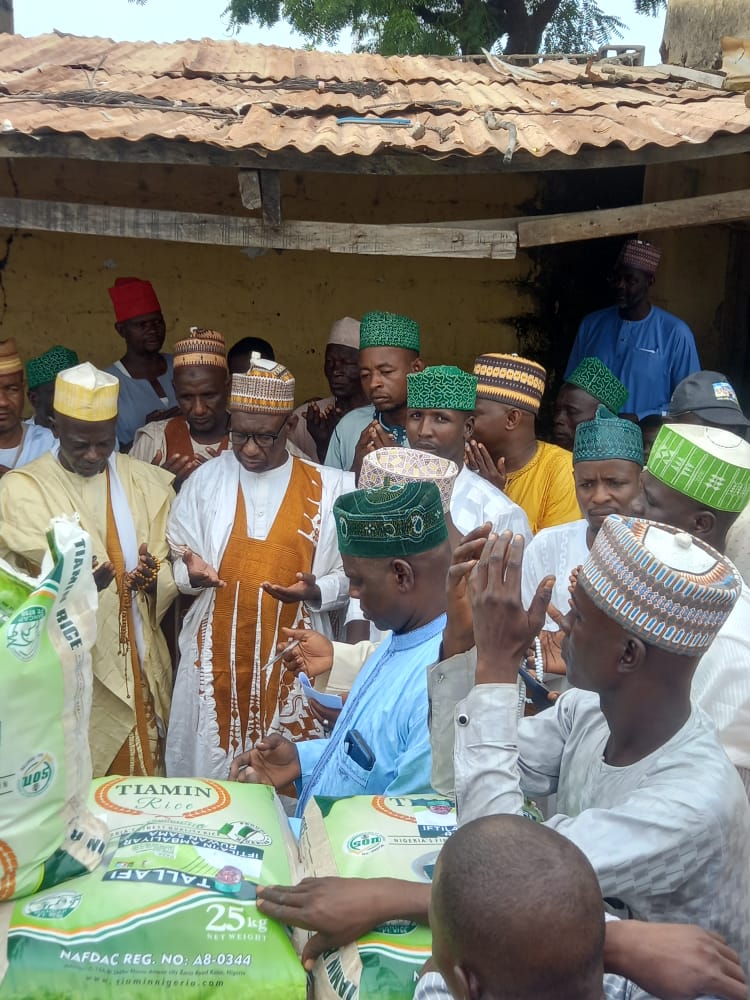 THE member representing Wudil/Garko federal constituency at the National Assembly,

Muhammad Ali-Wudil, has distributed 278 bags of rice to victims of the recent flood disaster in Wudil Local Government Area of the state.

During the presentation, Alhaji Haladu Ishak, who represented the lawmaker, said the donation was to ameliorate the suffering of the victims.

He explained that the flood, which occured few days ago across nine communities, had affected many people, therefore the need to assist them.

“The lawmaker is worried over the incident that affected many residents of the areas, so he therefore, set up a 5-man committee to assess the level of damage.

“Myself as the Chairman of the committee, we went round to sympathise with the affected people and also we now provided rice as first form of assistance.

“The rice will be given to any person who is in one way or the other affected by the flood, because the incident has stopped them from going to their places of business.

“And I wish to inform you that Ali-Wudil has presented the issue before the National Emergency Management Agency (NEMA) for intervention.

“They have sent their officials to also assess the damage before their intervention comes,” Ishak revealed.

According to him, those victims that were seriously affected, especially those with broken fences, houses and roofing, and also those affected in their farms would be supported by NEMA.

In his response, the District Head of Wudil, and Dokajin Gaya, Alhaj Abba muhammad said the gesture will go a long way in mitigating the hardship faced by the victims.

According to Muhammad, the lawmaker deserves more commendation for the immediate assistance, calling on the beneficiaries to make proper use of the item.

Some of the beneficiaries who spoke during the event commended the lawmaker for the gesture, and called on the government, politicians and wealthy individuals to do the same.

One of the victims, Salihu Ahmed-Rufai, thanked Ali-Wudil for the donation, saying that it would go a long way in reducing the hardship he was facing after the flood.

Also, Bayero Shu’aibu, another victim said the gesture which was the first, came at the right time when they were in need of such. (NAN)