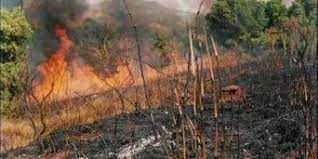 THE Kano State Emergency Management Agency has cautioned residents in the state against indiscriminate bush burning as the harmattan season intensifies.

Its spokesman, Malam Ahmad Isah quoted the Executive Secretary of the agency, Dr Saleh Jili as appealing to parents and guardians to desist from engaging their wards in handling fire.

“Parents should also be cautious about the handling of electrical appliances and cooking gas by children and wards to avoid fires.

“As the harmattan season intensifies, there is need to enlighten the public on the dangers of indiscriminate bush burning.

“It is also necessary to enlighten the public about the safe use of cooking gas and firewood among others,’’ Jili said in a statement issued by Isah.

Isah stated also that Jili gave the advice in the face of rampant cases of bush burning, resulting in fire incidents in Kano State.

Jili also cautioned residents on the need to switch off all electrical appliances when not in use to avoid inferno, Isah added. (NAN)