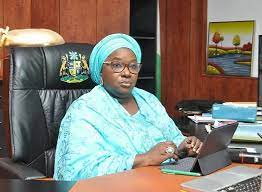 THE Kaduna State Government has launched Sex Offenders Database to shame culprits and perpetrators of such act.

The Deputy Governor, Dr Hadiza Balarabe, said at the launch in Kaduna on Wednesday that the database is a register to be used to expose the identities of sex offenders.

She said the launch makes Kaduna the 12th state to have Sexual Offenders Register that is accessible to the public.

She added that the launch is also a huge leap in the fight against sexual abuse, especially that of women and children in Kaduna State.

Balarabe said the database would serve as formal notice to sex offenders that Kaduna State is a no-go area.

She explained that “sex offences are crimes that go beyond defiling the physical body but include all crimes that exploit others for sexual purposes of any sort whether in person or online.”

According to her, the worst part of such abuses is the psychological impact on survivors, where many never live to recover while others are haunted for the rest of their lives.

She said even though men and boys also suffer sexual abuse, emphasis is more on women and the girl-child because one of the most devastating and wide spread human rights violations known on earth is violence against women and children, with most of it being sexual abuse.

She, however, explained that many sexual abuse cases were not reported because of social stigma associated with it.

She added that “as government, it is our responsibility to protect all citizens, especially now that reports of rape and sodomy against young boys and girls has increased.

“It is along this line that Gov. Nasir El-Rufai took this proactive step to protect women, girls and boys from sex-related abuses.”

The deputy governor said the state government also initiated the amendment of the Kaduna State Penal Code Law (No.5) of  2017 and provided for stiffer punishment against rapists.

The new Law, the Kaduna State Penal Code (Amendment) Law 2020, provides that men convicted of raping children under age 14 will have their testicles surgically removed.

Earlier in her welcome remarks, Aisha Dikko, the Commissioner for Justice and Attorney-General, said “the launch of the the sexual offences register is to name, document and shame offenders so that others will be unwilling to engage in the act.”

She noted that having a database of convicted offenders of sexual offences in the state would hold perpetrators accountable, which is an important step toward tackling the menace.

She said the register and database would contain full details of the offenders, including their photographs and home addresses, adding that the data would also be linked to the National Sex Offenders Database and be updated regularly.On his part, Mr Isah Abdulkareem, Representative of the National Agency for the Prohibition of Trafficking in Persons (NAPTIP), said there are two offenders on the Kaduna State Sex Offenders Database.

He emphasised the need to always harmonise data collection with various partners, correctional centre, and the Nigeria Police.

Abdulkareem called for compensation for survivors “because of the fact that they have to live with the trauma for life.” (NAN)