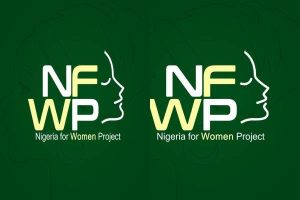 THE Kebbi State Government says it will inject N450 million on the take-off of the second phase of “Nigeria For Women Project” (NFWP), an official has disclosed.

The Deputy Gov. who is also the State Chairman of the project said the essence was to improve the livelihood of women in the state.

The News Agency of Nigeria (NAN) reports that the project, which is World Bank assisted, is being carried out in Ngaski, Argungu and Maiyama local government areas to transform the living standard of women in the affected areas.

NAN also recalls that the World Bank will expend 15 million US dollars on execution of the programme in the three local government areas of the state.

Yombe-Dabai commended the World Bank and other stakeholders for the success recorded in the first phase of the programme.

In his remarks, the State Coordinator of the Programme, Alhaji Yakubu Mohammed-Yauri said the Nigeria For Women Project “is a flagship project of the Federal Government implemented through the Ministry for Women Affairs with support of World Bank.

He said the project objectives was to improve the livelihood of women in targeted local government areas of Nigeria.

Mohammed-Yauri confirmed that over 25,000 women have benefited from the individual livelihood grant which was paid directly into their bank accounts.

NAN reports that before the flag-off of the first phase of the project, the state government had pledged to distribute 250 modern mini rice processing machines to women in order to enhance the quality and output of rice production in the state.

The project aimed at engaging women in training of other women on the operation of the mini rice milling machines for easy handling and maintenance.

Women will be engaged and trained on how to operate the machines; the women will, in turn, train other women in the handling of the machines for easy maintenance. (NAN)