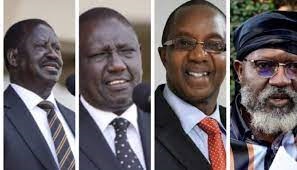 AS Kenya prepares for her general elections, Antony J. Blinken, the U.S Secretary of State, has called for free and fair polls. He made this known in a statement issued on Wednesday.

He said that the August 9 general elections in Kenya will be an opportunity for the country to showcase its democracy to the world.

While urging all Kenyans to support free and fair elections conducted peacefully both in word and in deed, Blinken said: “a peaceful and transparent democratic process that reflects the will of the Kenyan people will further strengthen Kenya’s role as a regional and global leader and help deliver a more prosperous and secure future for all Kenyans.”

Kenya is a country of more than 22 million voters, who will head to polling stations on August 9 to choose who will be their leader for the next five years.

Four men have presented themselves to succeed President Uhuru Kenyatta.