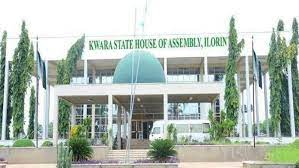 THE Kwara House of Assembly on Tuesday approved N188.8 billion as the 2023 appropriation law for the state.

This is sequel to approval and passage of the Report of the House Committee on Finance and Appropriation presented by the Chairman, Ambali Ibrahim (APC/Owode-Onire).

The capital expenditure is N113.1 billion from the N112.5 billion earlier presented by the executive, which shows an increase of N909 million.

The recurrent expenditure now stands at N77.6 billion as against N76.4 billion earlier proposed, representing an increase of N1.6 billion.

The Speaker, Mr Yakubu Salihu, said that the capital expenditure is 50.2 per cent of the total budget estimate while recurrent expenditure stands at 48.3 per cent.

Salihu said the 2023 appropriation is in line with global best practices of budgeting, pointing out that the 9th Legislature has successfully carried out one of its mandates.

In line with Order 11, Rule 73 of the House, the Clerk, Hajiya Haleemah Kperogi, read the bill for the third time for final passage and was directed thereafter by the speaker to prepare a clean copy for the governor’s assent. (NAN)