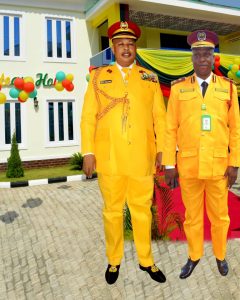 THE Kwara branch of Road Transport Employers Association of Nigeria (RTEAN) has lauded the transformation of the association under its National President, Alhaji Musa Maitakobi.

Alhaji Abdulrahman Onikijipa, the state Chairman of RTEAN, who also doubled as the National Principal Organising Secretary of the union, made the commendation in an interview with the News Agency of Nigeria (NAN) in Ilorin.

Onikijipa fielded questions as the association celebrate its 44th anniversary.

He described Maitakobi as a ‘God sent’ leader under whom the ssociation had witnessed tremendous growth within a short spell.

Maitakobi, he said, had written his name in gold, even though he took over the mantle of power on Oct. 13, 2020.

“He left no stone untouched. He is a good manager who prioritise hard work and welfarism of his workers.

“Among his numerous achievements is that he instilled discipline in RTEAN; he created RTEAN Marshals, which allows us to man our parks for and by ourselves.

“He built offices across the country to accommodate workers and as well re-introduced uniform among others,” he listed.

The chairman, however, tasked workers in the union to emulate the good gesture and hard work of the executive president to ensure RTEAN continue to grow.

He advocated maximum cooperation and unity among workers in order to ensure continuous growth in the union.