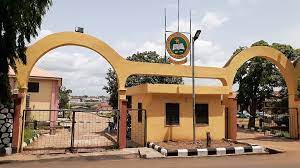 KWARA Government has ordered the immediate resumption of academic activities at the state College of Education in Ilorin.

This directive is contained in a statement issued by the Press Secretary, Ministry of Tertiary Education, Monsurat Amuda-Kannike, in Ilorin on Sunday.

Amuda-Kannike quoted the Commissioner in the ministry, Dr Alabi Abolore as saying that Gov. AbdulRahman AbdulRazaq gave the directive, following interventions by some relevant stakeholders on the need to find lasting solutions to the crisis in the institution.

The News Agency of Nigeria (NAN) recalls that the state government had, on Oct. 19, shut the college, following the violent protest embarked upon by the students.

The commissioner said that government had to close the institution to forestall possible degeneration of the crisis within the college community.

Abolore said it took the ministry series of engagements with the college management and the leadership of the Joint Academic Staff Union in Tertiary Institutions (JASUTI), both of which pleaded for return to normalcy.

”Committee of Unions in Tertiary Institutions (CUTI) in the institution and other important stakeholders also intervened.

”Another takeaway from those meetings was the promise from the attendants never to allow anything that could threaten public peace and impede academic session in that citadel of learning happen again,” he said.

The statement added that the latest decision by government was to enable the college to continue with the examination that was put on hold, following the shutdown.

It, however, called on the school management to justify the confidence reposed in it by ensuring that the institution met the yearning of students vis-a-vis the service delivery. (NAN)