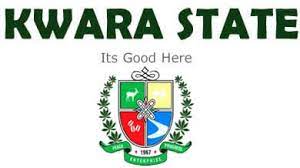 THE Kwara Government has directed the contractor handling the Osi and Ilesha-Baruba Satellite Campuses of the Kwara State University (KWASU) to expedite action, to ensure a speedy completion of the projects.

The Commissioner for Tertiary Education, Dr Afees Alabi, gave the charge on Thursday during an assessment visit to both sites at Osi and Ilesha-Baruba.

Alabi, accompanied by the Permanent Secretary, Hajia Sidikat Alaya, project consultants and other stakeholders, expressed displeasure at the slow pace of the projects, especially the Osi Satellite Campus.

He stated that the ministry would now embark on regular monitoring and inspection of the two sites, to enable the projects to be completed on schedule.

She urged the contractor to deliver quality jobs on both campuses, considering the huge financial commitment of the state government on the projects.

Responding, the Project Manager and Lead Consultant, Mr Jimoh Faworaja, an architect, said that the interfacing with the contractor would emphasise the need for strict professionalism.

Faworaja, having tested all the samples supplied by the contractor, expressed satisfaction with the usage of quality materials.

He assured the commissioner that his team would put all hands on deck to ensure that quality jobs were delivered.

Also, the Director of Project, Unicontinental Construction Company, Mr Tunji Folami, assured the visiting team that the projects would be delivered promptly.

He appreciated the state government for embarking on such laudable projects, adding that his team would not compromise on standards.

The News Agency of Nigeria (NAN) reports that the commissioner and his team had earlier paid homage to the traditional rulers of Osi and Ilesha-Baruba in their palaces. (NAN)