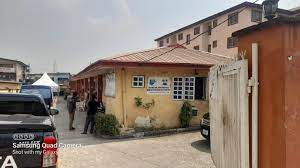 in the five divisions of the state to enhance quality healthcare services.

The Permanent Secretary of LSPHCB, Dr Ibrahim Mustafa, said this in a statement issued by Filade Olumide, Deputy Director, Public Affairs,
on Thursday in Lagos.

Mustafa stated that the move was to fulfill government’s promise of infrastructure upgrade in the THEMES agenda which represents health and environment.

He added that the upgrade, which would start at Mende, Akoka and Abule-Nla Primary Healthcare Centres, would be done in partnership with the
Lagos State Infrastructure Management Agency (LASIAMA) and the various local governments areas.

According to him, the upgradw will provide conducive environment for both the health workers and patients, and
enhance delivery of healthcare services to communities.

Also, Mrs Adenike Adekanbi, the General Manager of LASIAMA, said that the management agency is mandated to ensure that all
infrastructure upgrades and construction are up to global standards.

She reiterated the agency’s determination to ensure that standards were not compromised, adding that each PHC upgrade would be completed between three to six months
of commencement.

Similarly, chairmen of the 20 local government areas of the designated PHCs pledged their cooperation, adding that the synergy would strengthen good
governance. (NAN)