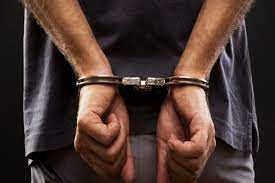 THE Police on Thursday arraigned a 49-year-old landlord Danjuma Baye in a Kado Grade 1 Area Court, Abuja, for allegedly refusing to vacate his house after selling it.

The Prosecution Counsel Dsp. Stanley Nwafoaku, said that the complainant, Isah Abdulmumuni of same address  reported the matter at the Life Camp Police station through the Jabi Daki Biyu police outpost on July 8.

Nwafoaku alleged that the defendant on Jan.7 sold his three- bedroom house located at the same address to the complainant for N780,000.

The prosecutor in addition alleged that the complainant paid the sum of N580,000 with the parties agreeing that the balance of N200,000 will be paid when the defendant vacated the property on or before March.

He further said that when the agreed time came, the defendant refused to move out and also refused to refund the money he collected earlier.

According to Nwafoaku, the offence contravenes Sections 312 and 322 of the Penal Code.

The News Agency of Nigeria ( NAN) reports that the defendant, who had also been arraigned in the same court on Sept.15, for alledgely collecting the sum of N425,000,from two people, pleaded not guilty.

NAN also reports that the defendant alledgely collected the money with the promise of offering them job.

His counsel, Mrs Charity Samuel, prayed the court to grant him bail in the most liberal terms, citing Sections 35(4) and 36(5) of the 1999 constitution and Sections 158 and 165 of the Administrative Criminal Justice Act (ACJA) 2015.

The defence counsel also said the defendant would not jump bail or interfere in the investigation, adding that the defendant had a reliable and gainfully employed surety.

The prosecution counsel, on his part did not object to the bail application made by Samuel.

The Judge, Muhammed Wakili, granted the defendant bail in the sum of N300, 000 with a surety in like sum.

Wakili ordered that the defendant must provide a reliable surety, who must reside within the jurisdiction of the court.

He said that the surety must provide a BVN print out, two recent passport photographs and a valid identification card, which must be verified by the court registrar.

The Judge adjourned the matter until Oct. 25, for hearing. (NAN)