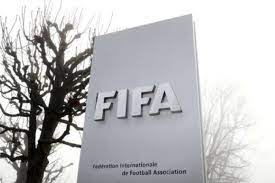 THE majority of Germans surveyed on behalf of rights group Amnesty International believe FIFA should compensate foreign workers such as those who built the Qatar World Cup stadiums.

In the survey conducted by poller YouGov, 65 percent agreed at least in principle that FIFA should use part of its World Cup revenues to compensate migrant workers.

In a statement, world football governing body FIFA pointed to its own initiatives to protect workers.

Some 61 percent want the German Football Federation (DFB) to speak out publicly about alleged human rights violations in Qatar and support the demand for compensation.

The 2022 FIFA World Cup, which is billed for November 20 to December 18, will be the first to be held in the Arab world.

Qatar’s Emir Tamim bin Hamad Al Thani has defended his country, saying there is criticism of its human rights record “regardless of what we do.”

He said it was meant to “denigrate” the nation and it has come from “people who don’t accept an Arab country like Qatar hosting the World Cup.”(dpa/NAN)