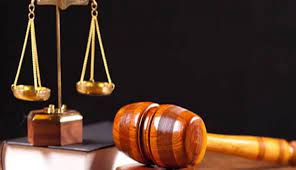 A 38-year-old man, Ifeanyi Chidubem and his girlfriend, Angela Isreal, 24, were on Friday brought before an Ejigbo Magistrates’ Court, for allegedly assaulting a microfinance bank employee.

The defendants, whose residential addresses were not provided, are standing trial on a three-count charge of conspiracy, breach of peace and assault.

The prosecutor, ASP Benedict Aigbokhan, told the court that the defendants committed the offence on Dec. 31, 2022, at 1.00 p.m., at Okeimoye Street, Isheri Oshun, Lagos.

He said that the defendants conducted themselves in a manner likely to cause breach of the peace by beating one Miss Charity Edosa, an employee of Fina Trust Microfinance bank.

According to the prosecutor, the defendants, after beating the complainant, took her nude pictures with the intention of posting them on the internet.

He said that the defendants had beaten the complainant because she demanded that they pay back the loan they obtained from the microfinance bank.

The defendants pleaded not guilty to the charge preferred against them by the police.

The Magistrate, Miss K. A. Ariyo, granted the duo bail in the sum of N300, 000 each, with two sureties each in like sum.

She ruled that the sureties must be gainfully employed and must show evidence of tax payments to the Lagos State Government.

Ariyo adjourned the case until Jan. 30, for mention. (NAN)