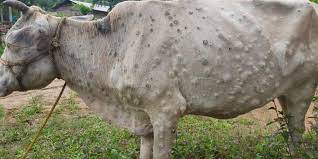 MILK-based sweets in the western Indian state of Rajasthan one of the worst hit due to the outbreak of Lumpy Skin Disease (LSD) have become costlier.

The high cost was in the wake of a decrease in milk production, locals said Friday.

LSD has taken a heavy toll on the cattle population in several Indian states and impacted milk production.

Local media reports quoting data maintained by the department of animal husbandry said the disease has affected over 1.6 million cattle and killed 75,000 others between July and September.

Reports pouring in from the western state of Rajasthan said milk collection has drastically fallen, impacting the production of milk-based sweets where milk forms the main ingredient.

The shortage of milk has also resulted in the price hike of milk-based sweets.

According to Jaipur Dairy Federation, the biggest milk cooperative in the Rajasthan, milk collection was down by 15 to 18 per cent.

Sweets shop owners said the production of the sweets had fallen by 80 per cent.

“Almost all sweets are made with dried evaporated milk solids.

“With the shortage of milk supply, we are not manufacturing the sweets in huge quantity,’’ said Ravi Pruhit, a sweetshop owner.

“Prices of sweets have also increased, especially the milk-based ones.’’

The shortage in sweets has come days ahead of the Hindu festival of lights — Diwali. The festival will be celebrated next month.

People usually buy sweets in bulk on the occasion of festivals to present gifts to each other.