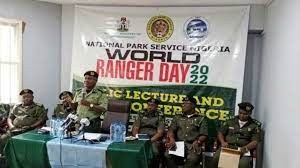 THE Minister of Environment, Mohammed Abdullahi on Wednesday, assured rangers in the country’s national parks of continuous support to enhance biodiversity in the country.

Abdullahi gave the assurance during the World Ranger Day celebration in Abuja, with the theme “Diversity”.

“In an attempt to ameliorate the challenges confronting park rangers and also mitigate the negative effects of climate change, government is doing quite a lot in this regard.

“The situation is quite worrisome and the government is not resting on its oars. Appropriate measures to assist the National Park Service (NPS) and indeed the rangers in the course of their work are currently being taken,” he said.

Abdullahi said that some of the interventions so far included improvement in the budgetary allocations to the NPS, acquisition of more sophisticated arms, acquisition of modern conservation equipment such as drones, cyber trackers, SMARTs, and so on.

The Minister said these interventions would assist in surveillance and efficient data collection, as well as enhancing capacities of officers and men.

He promised regular paramilitary training with the support of the military and other relevant paramilitary agencies, synergising with national and international NGOs to provide technical and financial support for the NPS.

Abdullahi promised the park service provision of more patrol vehicles, renovation of existing rangers’ barracks and construction of new ones with regular promotion of officers and men.

The Minister assured them of reviewed condition of service for better welfare, reviewing of the existing National Park Service Act to reflect current realities on the ground and strengthening the current protection and conservation efforts across national parks.

He said that the situation had extremely become worrisome criminals ruthlessly attacked park rangers with sophisticated weapons such as AK 47 assault rifles; and either maim or kill them in the line of duty.

“I would like to solicit the support and cooperation of other well-meaning and spirited individuals and organisations to contribute towards enhancing our biodiversity.

“They should contribute to the welfare of our park rangers as well as the wellbeing of the families of the deceased that are left behind.

“It is a common knowledge that protected areas, particularly, national parks across the globe are bedevilled by serious anthropogenic challenges which may vary in intensity from country to country,” Abdullahi said.

He said that in a bid to carry out the onerous tasks of park protection and policing, park rangers are often confronted with numerous challenges and thereby, face the risk of being maimed or paying the supreme price to protect nature.

“Some of the challenges include illegal hunting, logging, grazing, mining and exploitation of non-timber forest products.

“These human activities often result in conflict with perpetrators and resort to violent attacks on park rangers.

“However, there is a new dimension to these challenges which is occasioned by the activities of organised criminals such as terrorists, bandits, kidnappers, cattle rustlers and terrorists,” the Minister said.

The News Agency of Nigeria (NAN) reports that the highlight of the occasion was the launching of the National Park Service Regulations and the planting of a tree.

Also speaking, the Conservator General of the National Park Service, Dr Ibrahim Goni said that 2022 marks the 15th annual commemoration on a roll since its inception in 2007.

Goni said that the theme for the 2022 World Ranger Day celebration is very important and apt in view of the critical role park rangers play in protecting and conserving biodiversity.

“As you are all aware, the World Ranger Day is a day set aside by the International Ranger Federation in collaboration with The Thin Green Line Foundation to commemorate the rangers killed or injured in the line of duty.

“The rangers are also celebrated for the critical work they do to protect the world’s natural and cultural treasures across the globe.

“It is however sad to also note that, these Rangers are always under – appreciated because they work in remote places and are not often on the media spot light,” he said.

Goni said that in order to enhance the performance of park rangers and facilitate their effective protection of parks’ resources, the National Park Service Regulations 2022 has been produced and gazetted. (NAN)