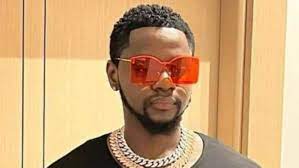 NIGERIAN singer, Kizz Daniel was recently arrested in Tanzania over a breach of contract. The artiste was meant to perform at the Warehouse, Old Nextdoor Arena in Tanzania, on Sunday night, as part of his Afro Classic World Tour, but his absence had sparked a huge controversy.

The police arrested him over the incident as the show promoter, Stephen Uwa, claimed he paid $60,000 to the singer and pleaded with him for hours but to no avail.

After his release, the singer tendered an apology, of which snippets of the video have gone viral on the Nigerian digital space, especially on Twitter, even though the singer has promised a free show in the country to appease his fans.

However, his apology has elicited mixed reactions. So far, the singer trends at number six, with over 30,000 tweets credited to the incident.

Airing his opinion via his Twitter handle @ObongRoviel, the user of the microblogging site said, “None of Kizz Daniel excuses will make sense to me tbh. Davido will perform in two countries in a day and still rush back to Osun state, enter okada and shout Imole everywhere.” (sic)

Via her verified Twitter account, @Mochievous queried why the police would be involved in a civil matter.

She tweeted, “A breach of contract is a civil matter and the police should not be involved. Not holding a brief for Kizz Daniel but using the police for civil disputes makes us complicit in the abuse of police powers. I come in peace.”

The Twitter user, @PoojaMedia, however, lauded the singer for his public apology saying, “Kizz Daniel knew he was wrong, apologized & promised a free show in Tanzania by working with former show organizers. To all the people that said we should wait for his side of the story, his side don comot. Well done Kizz.”