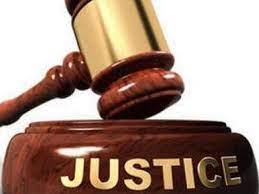 A divorce-seeking man, Basiru Sodiq, on Wednesday told a Mapo Grade ‘A’ Customary Court in Ibadan that his mother in-law begged him to get her daughter, Amdalat pregnant before marriage.

Sodiq, made this known in his counter argument against his wife’s allegation of lack of care and gross irresponsibility leveled against him.

”I acted according to the wishes of my mother in-law, She later did a 90 degrees and denied me in the presence of the entire household.

“I don’t actually know what went wrong. Her parents simply told me that they will never allow their daughter to be with me.

“She also denied me access to the child,” Sodiq said.

Amdalat, a fashion designer, had earlier informed the court that her estranged lover was not responsible, hence, not caring for her and the three-year-old child.

“My lord, since I gave birth, Sodiq only gave me N1,500 twice and a baby dress, he kept dodging his responsibilities.

“Sodiq has no regards for my parents because he disrespects them.

“When our child was ready to start school, I contacted Sodiq, but he did nothing concerning the school fees and any other payment.

“There is no valid marriage between us, please compel him to take full responsibility,” Amdalat stated.

Delivering judgment, the court’s President, Mrs S.M. Akintayo held that there was nothing to dissolve between Sodiq and Amdalat because there was no marriage in the first place.

Akintayo said that there was no evidence before the court that bride price and other important things necessary for a marriage to be described as a customary one were presented by the respondent.

She however, granted the order awarding custody of the child to the petitioner.

Akintayo also directed Sodiq to pay a monthly feeding allowance of N10,000 for the child’s upkeep.

She granted the order restraining Sodiq from disturbing, harassing, intimidating and interfering in the private life of Amdalat.

The court’s president directed the duo to be jointly responsible for the child’s education and other welfare.

Furthermore, she ordered Amdalat not to deny Sodiq access to the child. (NAN)