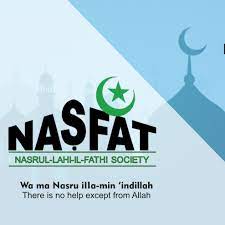 THE Nasrul-lahi-li Fathi Society of Nigeria (NASFAT), Kaduna branch, has distributed empowerment items worth N3.7 million to 36 beneficiaries as part of it annual Zakat distribution to the less privileged.

In his remarks, the Zakat committee Chairman, Abdulrazak Dhulqarnian said while distributing the items on Sunday that the gesture would ease the suffering of the beneficiaries.

He said that the payment of Zakkat is compulsory on all Muslims who possess the means to do so.

The chairman added that part of the benefits attached to giving Zakkat included the purification of wealth as stated by Allah in the Qur’an.

“While it keeps one away from sin, it also saves the giver from moral ill of excessive love and greed of wealth,” Dhulqarnian added.

According to him, in the last five years, more than 200 people had benefited from such gesture, with about N20 million received and disbursed by the committee.

He said selection of the beneficiaries was based on need, and the gesture had been extended to even non members of NASFAT.

Dhulqarnian added that the ultimate goal of Zakat is to ensure that these who benefit will not only stand on their own, but also be able to give out to the needy in the future.

The chairman disclosed that the branch had set up a Widows and Orphans Endowment Fund and called on all members to donate to the fund, in order to sustain support for orphans and widows.

He admonished the beneficiaries to make good use of the items given to them to improve their lives, so as to be part of those who will give out Zakkat soon.

Hajiya Hafsat Baba, Kaduna State Commissioner for Human Services, commended the organisation for its support to the less privileged in the society, especially women and children.

“When you empower the woman, you are empowering the entire family, this is a good gesture,” she added.

According to her, only the collective efforts of government, individuals and organisations will reduce the level of poverty in the society.

Dr Lukman Salati, who presented a lecture on the benefits of Zakat, said it helps to care for the poor, widows, orphans, disabled, the needy and destitute.

Some of the beneficiaries, Mrs Wasilatu Salawudeen and Aisha Abdulrazak, appreciated NASFAT for empowering them to improve their standard of living.

Items given out included sewing machines, freezers, foodstuffs, fertiliser, chemicals and washing machines, among others. (NAN)