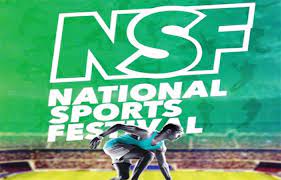 CHRISTOPHER Green, the Rivers Commissioner for Sports, on Friday in Asaba said the situation the National Sports Festival (NSF) has found itself now is lamentable.

Green told newsmen on the sidelines of the ongoing 21st NSF that the national competition could now be likened to “a trading post”.

”The NSF is supposed to be a platform to raise and groom talents, and to develop them into international athletes. But what we now have is like a trading post,” he said.

The Commissioner said the way athletes were being lured by some states to compete for them was unbecoming and not good for sports.

”An athlete can be with one state now, and the next day he or she will be competing at the festival for another state.

”It is so painful when you spend a lot of time and other resources to raise an athlete, only for another state to come and lure that athlete away with money.

”This has made the festival to become like an event for the highest bidder.

”The fact that the NSF organisers, the Federal Ministry of Youth and Sports Development, are not curtailing it makes it a big problem for sports development,” he said.

Green then called for an amendment of the residency rule for athletes competing at the festival.

”The rule should make the number of years such athletes have to be with their new states five years, so as to curtail the movement of athletes just before festivals,” he said.(NAN)