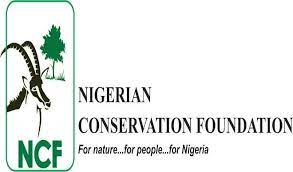 Onoja said this in an interview with the News Agency of Nigeria (NAN) on the sidelines of  a stakeholders workshop on resource mobilisation advocacy  for the National Forestry Trust Fund  in Lagos.

According to Onoja, Aminu-Kano is vast in experience  and is a teacher whose calm disposition and fatherly role endeared him to the staff of NCF.

“Aminu-Kano relates with the staff from the top to the bottom.

“He epitomises a good leader that will encourage you to achieve your potentials and bring out the best in you.

“He will be remembered for the positive influence he had on us,” Onoja said.

The new D-G, who was the Director of Technical Services, NCF, said that Aminu-Kano was a team player who carried him along in charting a great future for NCF and environmental sustainability in the country.

According to him, Aminu-Kano’ leadership style is all encompassing,

Onoja pledged commitment to continue in the roadmap designed by the leadership of NCF, which he partook in developing.

He said that green recovery Nigeria sought to restore Nigeria’s forest cover to at least up to 25 per cent of what  it was before.

“All of these are something we have just launched and because it is a five year plan, Aminu Kano has done part of it, and I am going to continue leading the ship to the destination we had all planned.

“We have been a team together; it is like one team player going up and the other one continuing.

“So, it is not about what I am bringing on board, but what we have developed together as a team,” Onoja said.

NAN reports that the outgoing D-G joined the NCF in 2018 and worked with his team to rebrand the foundation.

He championed the cause of environmental sustainability throughout Nigeria and beyond.(NAN)