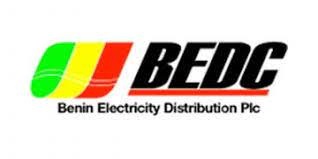 THE New Management of the Benin Electricity Distribution Company (BEDC) says the board of the company has approved increment in the salaries for members of staff to enhance performance.

The Managing Director of the electricity firm, Dr Henry Ajagbawa, told newsmen on Tuesday in Benin that the increment ranged from five per cent to 70 per cent, depending on the various salary grade levels of staff.

Ajagbawa noted that the new salary structure would take effect from September, which would be paid at the last working day of the month.

“One of our focal point is to create an enabling environment for our staff to thrive and also provide better welfare packages to encourage productivity.

“We have seen that the workers ability to work have been limited due to lack of means of transportation as more than 50 vehicle have been grounded.

“We are going to repair them so that the worker can transport themselves and equipment around BEDC franchise areas.

“We are on interim job of six months in the first instance. What matter to us is that, the short time we have to spend here, we have to make BEDC to work.

“`We expect staff to response to good working environment and incentive provided.

“Our objective is to provide electricity to the teaming population in our franchise area of Edo, Delta, Ondo and Ekiti,” he said.

According to him, the change in the management of BEDC was because things were not properly done.

He added that plans were underway to carry out metering of customers, adding that BEDC would source for funds to buy meters.

“The federal government has kick-started the metering of customers through the National Mass Metering Programme (NMMP).

“When I headed Port Hacourt distribution companies, I installed the 79,000 meters provided by government but BEDC is still struggling to allocate the meters that were allocated to them since last year and we still have outstanding.

“There is another financing arrangement where government will provide one million meter and we would pursue that.

“We want to meter our customers and there are other windows where customer can come and buy meter and BEDC would refund them through vending”, said the BEDC boss.

He further explained that the firm was targeting N8 billion monthly revenue generation and would achieve this through excellence service and configuration of the system.

The News Agency of Nigeria (NAN) reports that Dr Henry Ajagbawa had taken over the management of BEDC in July as the new managing director of the company.(NAN)