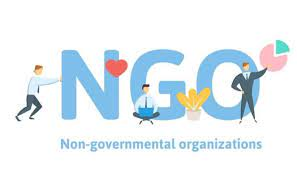 An NGO, JACCO’s Charity International, has tasked politicians across the country to play by the rule to ensure a violent-free and fair general elections.

Queen Jodie Frank, the founder of the NGO, made the call at a news conference in Abuja on Tuesday.

She said that as the election was drawing near, it had become imperative for political parties, their candidates and supporters to ensure that peace reigned before, during and after the elections.

“In politics there must be winners and losers; however, whatever the outcome of the elections, we want all political parties, their candidates and supporters to embrace the spirit of sportsmanship,” she said.

This, according to her, is to ensure peace and that no blood of any Nigerian was worth the political ambition of a candidate or party.

She urged the Independent National Electoral Commission to provide a level playing ground for all political parties and their candidates.

She said that security agencies should obey the rules of engagement and do everything possible to ensure violence free elections.

“While the campaigns are still on, it is important to call on political parties and their candidates to restrict themselves to issue-based campaign,” she said.

According to her, candidates should be able to tell Nigerians how they hope to address the myraids of challenges bedeviling the country rather than engage in mudslinging and name calling.

She further said it was time the government prosecuted those making  statements capable of igniting violence before, during and after the election.

She called on Nigerians, not just the youth, to participate in the general elections and ensure that it was credible and without violence.(NAN)