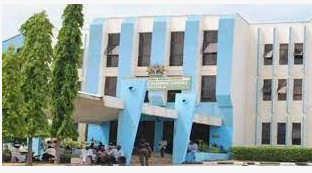 THE lawmaker representing Bosso Constituency at the Niger House of Assembly, Mr Malik Madaki, on Friday restated a call to the state government to direct the Niger State Independent Electoral Commission (NSIEC) to suspend conduct of local government elections.

He made the call said this in an interview with newsmen in Minna on Friday, saying that the decision of the state INEC to conduct local government election from Aug. 20 to  Aug. 27 was against the provision of the Electoral Act

The News Agency of Nigeria (NAN) recalls that Madaki had on Aug. 2, in a motion at the plenary brought under matters of urgent public importance, called on the state government to direct the state INEC to suspend its intention to conduct local government election for non-compliance with the extant laws.

NAN reports the motion was adopted by the plenary and a resolution was reached calling on the executive arms of government to direct the state INEC to suspend the conduct of local government election.

Madaki explained that the plan by the state INEC to schedule parties primary election between Aug. 20 and Aug. 27 while the general election on Nov. 5, was against Section 20 of the Local Government Election Law, 2002 and Section 29 (1) of the Electoral Act.

He said that section 29 (1) of the electoral Act 2002 provides that every political party shall not in less than 180 days before the date for general election submit to the commission in the prescribed forms list of candidates who won primaries.

According to him, the scheduled timetable by the state INEC for election is violation of the Electoral Act and laws.

“This issue is clear and no argument about it except those criticising our stand have personal or interior motives, this is the position of the law, and anyone who don’t believe in it should come up with his own to counter our stand.

“I want to call on the governor not to allow mischief-makers lead him on the wrong pact, those criticising the position of the assembly are noise makers, what we are talking about here is the law,’ he said.

Madaki said that the state commission could go ahead and reschedule timetable in accordance with the laws, adding that election could not hold based on the timetable they have released.