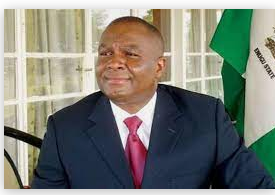 Nnamani, who represents Enugu East at the Senate, said this in a good will message to Nigerians at 62 in Abuja on Friday.

He said justice and equity were needed ingredients for peace, unity and progress of Nigeria adding that peace and unity were the products of justice, fairness and equity.

Nnamani urged leaders at all levels to make the citizens the centre of all their programmes and policies.

“As campaigns for the 2023 general elections gathers momentum, he urged public office seekers to put the unity and peace of Nigeria above personal ambitions.

The Senator cautioned against using ethnic or religious sentiments during campaigns that may put asunder the cohesion and corporate existence of the country.
“There must be a country before personal ambition can be realised,” he said.

He said all hands must be on deck to build a national cohesion that guaranteed true freedom and wellbeing of all.

He also harped on the need to strengthen the security architecture of the country, pointing out that an unsecured nation can neither assure the safety of its citizens nor engender growth and development of the country.

Nnamani called for a free, fair and credible 2023 election, saying that efforts must be geared towards security to guarantee an unhindered or unimpeded conduct of the poll.

He also urged the political class and all stakeholders to abide by the rules of the game to ensure that the 2023 election produced the choice of the people.(NAN)