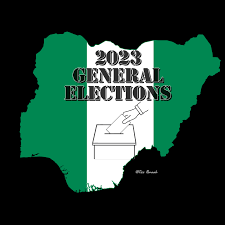 The Coordinator of WADEMOS, Mr Kop’ep Dabugat, said this during a chat with journalists on Wednesday as part of the network’s activities in Nigeria, ahead of the 2023 General Election.

Dabugat said that WADEMOS was meeting with major stakeholders in the electoral process to push for the conduct of free, fair and credible election in Nigeria .

“The measure is necessary because Nigeria’s election is a very unique one in West Africa, given the number of voter turnout, which is even more than the population of several countries.

“Therefore it is important that we ensure that these elections move smoothly so as to have a free, fair and election so that people will not get unnecessarily agitatedand violence doesn’t interrupt.

“This is Because if violence erupts, we have a serious problem in our hands for the whole of Africa, in fact, the whole of West Africa cannot contain it so it is important that the election stakeholders get their acts right,” he said.

Dabugat called on politicians to make peace the centrepiece of their political campaign and ensure that they gave their supporters the right education.

Mr Kojo Asante, Ghana Centre for Democratic Development, said the security situation in Nigeria has necessited that citizens needed to be involved to tackle it and not to be left to security agencies alone.

Asante said that any attempt to leave security to the security agencies would not resolve the matters that Nigerians were dealing with.

According to him, there are areas that of course the army and the police will secure because it is a territorial issue, but issues like political violence and conflict ,the people have roles to play to curb it.

“That has to mean that there has to be a lot of conversation and education among citizens as to understanding what is at stake.

” So I think citizens have a huge responsibility; and those individuals who influence citizens, whether it’s on social media or in communities have an even greater responsibility to be able to help support.

“This is not to put all the responsibility on citizen but just to say that we cannot also on one hand, say we are limited to the army or to the police, that I don’t think would work,” he said.

The News Agency of Nigeria (NAN) reports that other members of the group called on the media to play its watchdog role and also educate the populace on the technology adopted by the electoral body for the election.

They also urged the journalists to not to promote hatespeech but help in curbing misinformation and disinformation around electoral news as well as comments by politicians and citizens with interest.

They charged journalists to imbibe the habit of fact checking information as well as engage in investigation to avoid taking reports hook ,line and sinker that might eventually cause harm .

French said WADEMOS is a network consisting of 30 CSOs located in 15 counteies and the objective of WADEMOS is to promote democracy, good governance and inclusive development.

She added that the objective of the network is to also build solidarity , mobilise and facilitate collective action among African diverse pro democracy civil society, organisation and other civic actors.

This ,she said was to produce and disseminate data and analysis to support evidence within pro democracy advocacy and activismin the region.

“We exist to also promote region wide awareness of and track country compliance with ECOWAS protocols for instance, and democracy and good governance among others .

“We are here today, ahead of the Feb. 25th elections in Nigeria to support our brother and sister colleagues in the civil society space and to understand the political economic context around which the elections will be conducted.

” So in the next few days, we will engage different actors in the electoral space, to ensure that elections in Nigeria will be transparent and credible and that the outcome will be accepted and embraced by all,” she said. (NAN)