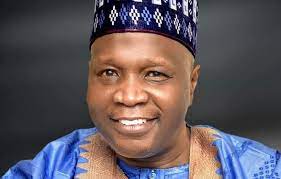 GOV. Inuwa Yahaya of Gombe State says there is so much to celebrate because Nigeria has remained united, in spite of the challenges confronting the country.

Yahaya said this in a message to mark the 62nd Independence of Nigeria and the 26th anniversary of the creation of Gombe state.

The statement was signed by Alhaji Ismaila Misili, the Director-General, Press Affairs, Government House, and made available to newsmen on Friday in Gombe.

“Inspite challenges, there is so much to celebrate, particularly the fact that we are still together as an entity and hopeful that the lofty height of greatness we covet is still within our reach to accomplish,” he declared.

The governor therefore urged citizens not to despair, but to keep hope alive in the quest to build a prosperous state and nation “as envisioned by our founding fathers”.

Yahaya noted that though Nigeria is passing through tough times occasioned by insecurity and the socio-economic effect of the war in Ukraine, among others, the challenges confronting the nation were not insurmountable.

He urged the people of Gombe state and Nigerians in general to rekindle their hopes and renew their commitment and love for the country.

“As the country celebrates its 62nd independence anniversary, all hands must be on deck to foster unity, peace, security and understanding, regardless of our differences.”

Underscoring the importance attached to the twin celebration, Yahaya said “for us in Gombe State, it is a double celebration: we are marking the 62nd independence as a nation and the 26th year anniversary of the creation of our drear state”.

He reassured that under his leadership, the state would continue to wax stronger in all facets of human endeavours, vowing to keep initiating people-oriented policies and programmes that would better the lots of the people and the state.

As the campaigns for the 2023 elections begin in earnest, Yahaya enjoined the people of the state to continue to play their role in deepening democracy by actively participating in the electoral process.

While rejoicing with President Muhammadu Buhari and the entire nation on the auspicious occasion, the governor said that the celebration was an opportunity to continue to sustain the legacies of our heroes past. (NAN)