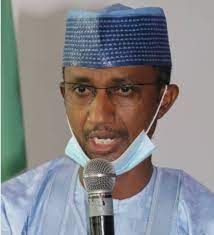 PROF. Mansur Matazu, the Director-General, Nigerian Meteorological Agency (NiMet), on Wednesday in Abuja called for stakeholders’ collaboration to prevent disasters caused by flooding across the country.

Matazu made the call during his remarks at the stakeholders meeting organised by the National Orientation Agency (NOA) with the theme: “ Urgent need for effective response to the current flood disaster in the country“.

According to him, such partnership among Ministries, Department Agencies (MDAs) and other relevant organisations in terms of skills, materials and finance will go a long way to preventing hazards of flooding in the country.

Matazu said the collaboration of stakeholders ought to be in the interest of places that were currently suffering from the effects of past flooding all over the country.

NiMet boss appealed to people to regularly clear their drainages within the communities and gutters along streets.

“Also, let us ensure we follow guidelines with the Region and Urban Planning Authority. We should not violate the rules. We should not be guilty in any area.

“ We should always follow the guidelines, especially as it is enshrined in Nigerian building code which was updated and integrated with the element of climate into building design.

“For other agencies, enforcement and sensitisation is very critical. NOA and Ministry of Information and Culture also are doing a lot. But also, we need to integrate local governments in the community levels.”

He said what ought to be done right now was to employ the integrated flood management strategy across the nation.

Matazu, who said more than 90 per cent of NiMet’s predictions had come to pass, added that lots of flash floods had taken place in the riverine including coaster floods.

He further urged the citizens to follow up NiMet’s updates and listen to daily weather forecast which were available on the social media platform.

Dr Garba Abari, the Director-General, National Orientation Agency (NOA), said the problem of flooding had become so perennial that it had led to the tragic loss of lives and property.

According to him, many villages have been over run by erosion, buildings have collapsed, people have been rendered homeless and farmlands have been washed way.

Abari said such sad tales emanating from the communities and cities in the country were serious concern to NOA, leading to organising the stakeholders’ meeting.

“It could be recalled that in July, 2021, there was extreme flooding in Jalingo, the capital of Taraba, which resulted in severe damage of over 300 homes.

“Also in Lagos and Ogun states, several houses and vehicles were submerged on the July 16, 2021 among others. So there is urgent need for effective response to this year`s annual flood prediction.

“NiMet with Nigerian Hydrological Services Agency (NIHSA) rolled out its Annual Flood Outlook prediction, that there would be coastal flooding in the country due to tidal surge and rise in sea level, “ he said.

He said NOA with other relevant stakeholders, had in the past carried out sensitisation campaigns on flooding and flood-related issues.

He said the ongoing meeting would provide a platform for all relevant stakeholders to brainstorm and dialogue towards preventing a critical humanitarian crisis that could be occasioned by flooding in some parts of the country.

He pointed out that NOA was charged with the responsibility of providing enlightenment on government programmes and policies and mobilising the citizens to adopt desirable costal behaviours.

According to him, NOA considers itself an important stakeholder in the business of creating awareness and sensitisation on flooding and its implication. (NAN)