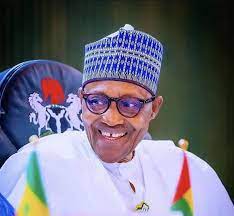 THE All Progressives Congress (APC) says no successive government in Nigeria, has been able to complete abandoned projects like the President Muhammadu Buhari-led administration.

Ohekere said the APC-led Federal Government should be commended for completing abandoned projects by successive governments in the country.

He said the meeting was to evolve modalities for the APC Good Governance Campaign Committee.

He said the committee’s major objective was to sensitise Nigerians at the grassroots people on the achievements of the APC-led government at both the state and federal levels.

Ohikere added that the essence was to enable those at the grassroots to appreciate the achievements of the Buhari-led APC government.

He said the committee was working on a three-day event aimed at showcasing the tangible benefits of the APC administration in every sector of the national economy.

“Since Buhari came into power, he has continued to complete projects abandoned by successive governments, including projects started by late President Shehu Shagari like the Warri Itakpe railway project among others.

“We are emphatically going to be looking at the philosophy of project continuity by the APC government.

“If you had been following very closely, our campaigns had been more on the achievements of our Presidential and Vice-Presidential candidates, Asiwaju Bola Tinubu and Kashim Shettima as state governors.

“Now we want to move a step further by projecting the achievements of the APC-led Federal Government, we are introducing this to change the narrative,” Ohikere said.

He added that the APC administration at both state and federal levels had achieved a lot that was not being projected, especially in service delivery which needed to be brought to the knowledge of Nigerians.

“We have completed virtually all the projects we inherited from the opposition Peoples Democratic Party (PDP) from road construction to bridges, health care and electricity, and we need to draw the attention of the public to this,” he said.

He said that the good governance project was not a regular project, adding that it would bring together media stakeholders to daily analise the impact and benefits of the APC projects and potentialities.

Ohikere said the APC had verifiable achievements across the country which must be fully analised.

“The team of the project is: the triumph of democracy, the APC revolution in nation building, we will be looking at the country from when we took over government in 2015, and where we are today.

“We shall be looking at how the APC used International Monetary Fund (IMF) benchmark on good governance to achieve results for the country, we want to look at it measuring from states to the federal level.

“We seek to establish the impact and steadwardship of APC government in spite of challenges.

“You will agree with me that though we still have some pockets of challenges, a lot had been achieved in the area of insecurity, the situation is certainly not as we met it,” Ohikere said.

He added that in the course of the program, there would be a pictoral exhibition from state governments and presentation of attestation certificates to state governors for their modest achievements and lectures.

Ohikere while saying that the media would be carried along as stakeholders, said a six man committee had been established to run the committee’s affairs, adding that a sub committee would also be created.