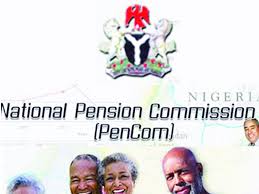 THE National Pension Commission (PenCom) has clarified that none of its employees earn up to N1 million as salary in a month.

In a statement made available to Daily Trust, the management of the commission said it is “completely illogical and improbable that the least paid will earn a monthly salary of N3 million” when the highest paid does not earn a third of that.

It said the “mischief” might have originated from someone who calculated all staff costs covering remuneration, training, staff exit benefit scheme, and employer’s pension contribution and divided the sum by the number of employees to arrive at a monthly salary of N3 million.

“We understand that there is an element of mischief and possible blackmail on the Commission’s compensation package,” it said, adding that there is “a clear difference” between staff costs and staff salaries.

PenCom further explained that although the salaries are to be reviewed yearly, no adjustment has been made since 2017 when the current package was approved.

It said this has affected the commission’s ability to attract competitive skills from the financial sector.