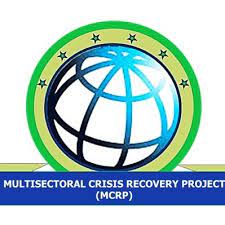 Danjuma said this at a workshop to inaugurate the research and institutional support programme under component three of the MCRP additional financing in Abuja on Wednesday.

He disclosed that the amount was spent in response to cases across the affected states in the region.

He said capacity enhancement would be one of the critical instruments needed in the affected states.

Danjuma explained that efforts were being made to enhance the capacity for tertiary institutions, ministries and departments in those states that had to do with research grants.

He said the inauguration was about research grants and proposals received which went through rigorous process of screenings.

“We are also giving scholarship to 60 Masters degree in thematic areas that are relevant to the capacity speed in the North East and 30 Doctor of Philosophy scholarships for tertiary institutions that are located in the three states.”

The MCRP Cordinator  added that plans were underway to support the institutions with instruments to aid research.

The Vice Chancellor, University of Maiduguri, Prof. Aliyu Shugaba, stressed that the workshop was apt to restore development in the affected states of the region.

He said the commission had been on ground for some time and that the stage was set for their intervention.

” if we understand the problems on ground, we will be able to address them,” Shugaba said.

The Yobe state MCRP Coordinator, Alhaji Musa Jidawa, said that the project was moving towards recovery which involved many collaborations.

“The resources of knowledge from the academic institutions to practicability of research will add value to the process of recovery so that we can get back to where we were and even beyond.

“With this now, we can fuse between research and practical application of knowledge to solve human problems, ” he said.

High point of the event was signing of a Memorandum of Understanding (MoU) between the MCRP and University of Maiduguri.(NAN)