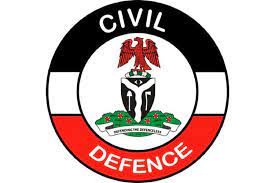 THE Nigeria Security and Civil Defence Corps (NSCDC),says that private security companies should upscale the skills of their guards to enable them do their jobs properly and  support security agencies to fight crime.

Dr Hammed Abodunrin, NSCDC Ondo State Commandant, made the call when the newly- inaugurated executives of Association of Licensed Private Security Practitioners of Nigeria (ALPSPN)in the state visited him on Wednesday in Akure.

Abodunrin, while receiving  the new executives led by Mr Tunde Akande, said that government alone could not handle all the needs of security, health, education and other vital sectors in the country.

“Everyone appears to now be in panic mode. That is the antics of terrorists. It is affecting the psyche of an average person on the street.

“We need to work harder to give assurances of life when God has granted it.

“Now that the situation is like this, private guards operators should train and retrain their guards to meet the present day challenges in the country.

“Even though they do not bear arms, they wear uniforms and they are also soft targets for criminals. So we need to upscale their skills in modern security,” he said.

According to him, beyond just opening gates at the bank, the guards need appropriate training to be skillful and Ondo NSCDC is ready to help in facilitating such training.

“We need to go beyond the slogan ‘when you see something, say something’. You can only say something meaningful when you understand what you see.

“We need to move to being able to properly identify what we see.

“Massive public awareness is the way to go. Not even now that access to security agencies premises are more controlled, coupled with confidence crisis between some operatives and members of the public.

“Beyond just earning salaries, the private guards should see themselves as rendering services,” he said..

Responding,  Akande, Chairman of appreciated the commandant and the role NSCDC played in mediation during the crisis the association had.

“Your timely intervention during the imbroglio in our association led to the election of this new exco.

“We shall do all in our power to reposition private guards companies in the state for better service delivery,” he said.(NAN)