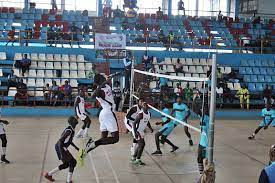 DENNIS Eleri, Coach of the Nigeria Security and Civil Defence Corps (NSCDC) has promised to retain their title in the female competition of the ongoing Nigeria Volleyball Premier League in Akure, Ondo State.

Eleri told the News Agency of Nigeria (NAN) on Wednesday in Abuja that everything had been put in place for the team to defend their number one position in the league.

He said the Commandant General of the NSCDC, Ahmed Audi, has given the team the necessary support to win the league for the third time.

“We have received everything to make the teams (male and female) comfortable to excel in the competition.

“We won the female competition back to back in the last two seasons of the league.

“We will continue to work hard in this competition to maintain our position,” he said.

Eleri said the team had won all their games since the beginning of the competition due to the hard work of the players.

” We’ve played Kwara, COAS and NIS; we have defeated them and we have three more games to play against Kaduna, Benue and Customs.

“We will continue to work with the same momentum to win our remaining three games, so that we can lift the trophy again,” the coach said.

NAN reports that 11 teams are participating in the male while six teams are in the female competition.

The competition, which started on Sept. 16 at the Indoor sports hall of the Akure Township Stadium, is expected to end on Sept. 26.(NAN)