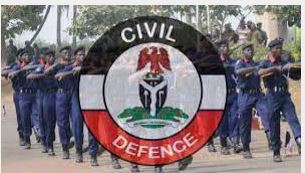 THE Nigeria Security and Civil Defence Corps (NSCDC) says it will soon release a revised standard operational guideline on election duties and other salient election security rules for its personnel.

Dr Ahmed Audi, NSCDC Commandant General (CG), made this known at the opening of a two-day strategic management retreat on Wednesday in Abuja, saying the revised guideline was to ensure a secured national electoral process.

He said that the personnel, particularly senior officers, would be trained in how to comply with global standards of election security management in order to ensure a hitch-free 2023 general elections. .

The two-day training for all state Commandants and management of the Corps, has as its theme: “Preparing for the 2023 General Elections: NSCDC Capacity Building Training.”

Audi said that the strategic management workshop is aimed at developing common policy guidelines that can be used in deepening the capacity of personnel.

He further charged all personnel to actively protect all offices of the Independent National Electoral Commission (INEC), as any Senior officer with reports of attack on any INEC facility in their state of operation would be sanctioned.

“We must protect INEC offices because they are critical national assets and the Corps will not take it likely if we hear that INEC offices are attacked in any domain headed by any of you,” Audi warned.

Audi cautioned that it was important for officers to note that even though the new Electoral Act provided that NSCDC personnel could arrest and conduct thorough investigations, but INEC has the responsibility of prosecution of arrested persons.

“You must go through the Electoral Act carefully because a section of the Act says that we can arrest and do thorough investigation, but INEC is saddled with the right to prosecute, hence the need for a scientific synergy.

“The Inter-Agency Consultative Committee on Election Security (ICCES) has produced a revised code of conduct and rules of engagement for security personnel on electoral duty.

“It is expedient that we become conversant with this updated document as strategic commanders and relate the knowledge to our respective subordinates,” he advised.

According to him, security threats in the country had been curtailed due to proactive measures taken by security agencies, hence the need to sustain this before, during and after the elections.

Audi said that although ensuring security in the South-Eastern part of Nigeria had been a peculiar problem, security agencies had developed certain strategies that would not be disclosed to the public.

He said that while the corps had made arrangements to deploy as many personnel needed to ensure security during the elections, the Nigeria Police Force, however, the lead agency during election security.

“So, we are working very closely with them and other stakeholders in achieving an effective electoral security management objective within the election’s timeline,’’ the CG said.

.One of the workshop facilitators, Marija Peran, Resident Representative of the Konrad Adenauer Stiftung in Nigeria, said that it was of global concern that the insecurity rate in the country might deter the integrity of the 2023 general elections.

Peran however said that the level of pro-activeness by security agencies in the country was impressive and the level of preparedness was unprecedented.

“The Federal Government has been charged with securing the elections and understands that this defines the way the country will go in the future.

“There are challenges but Nigeria has never been as prepared as now.

“Nigeria is facing complex security challenges but security agencies and the right stakeholders are readily aware that they need to collaborate and this bold step will help,” she said.