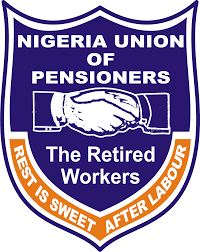 THE Nigeria Union of Pensioners (NUP), South West Zone, has appealed to the governors of the region to have a change of mind towards the welfare of pensioners in the zone.

The South West NUP Chairman, Mr Waheed Oloyede, made the appeal on Wednesday in Ibadan during the Gala and Award Night organised by the zone to honour members and other Nigerians for their contribution to the progress of the union and humanity.

Oloyede said that pensioners’ welfare should be prioritised by governors in the South West because they were the goose that laid the golden eggs in their various states.

The chairman said there were various pension increases approved several years ago yet to be implemented by governors in the zone, adding that the non-implementation of those increases had negative effect on pensioners’ welfare.

“The first is the 33.4 per cent pension increament of July 2010, only Lagos and Ondo States pensioners have benefitted from this.

“The second is the 2019 April consequential adjustment, no state governor has acceded to our request for the implementation while the workers are enjoying it, ” he said.

Oloyede, however, commended those that founded the South West Zone of the union 22 years ago, saying the union had grown beyond expectations and remained indivisible entity.

Speaking about the awardees, Oloyode said they were selected based on their positive impact on the union and urged them to continue their good deeds toward the union and humanity in general.

The NUP South West Public Relations Officer, Dr Olusegun Abatan, called on union members to strictly adhere to the union’s constitution, to preserve the health of the union.

Abatan further called on state councils of the union to create a dedicated project account that would serve as buffer at the time of scarcity and for future development of the union, to avoid depression.