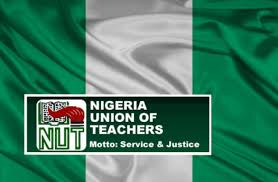 THE Borno Chairman of the Nigeria Union of Teachers (NUT), Mr Jibrin Mohammed, has advised the State Government against the mass sack of primary school teachers in the state.

Mohammed made the call on Monday in an interview with the News Agency of Nigeria (NAN) in Maiduguri.

NAN reports that a committee on verification and biometric data capturing of teachers in Borno submitted its report recently to Gov. Babagana Zulum.

The report indicated that 60 percent of primary school teachers in the state lack requisite qualifications.

Mohammed said it had raised concerns among teachers and worsened by non-payment of January salary to about 10,000 teachers, a development that further sparked rumours that teachers not paid have been sacked.

“This development has caused tension among some of the affected teachers with some developing high blood pressure. There is one that even got paralyzed.

“As a union, we are now going around schools to plead with the teachers to ignore the rumor, remain calm and continue to work since no one has served them with sack letters,” Mohammed said.

The chairman, who served as a member in the verification committee, urged the government to set up another sub-committee to verify the work of the committee.

He noted that there were cases of some teachers, who appeared for the verification but were recorded absent.

“We also have cases of some teachers whose certificates were confirmed by the institutions they attended but were recorded as tendering fake papers.

“There are also those who lost their documents to the insurgency.

“We have directed all teachers affected to write their respective complaints so that we can take up the matter with the Borno State Basic Education Board,” Mohammed said.

He noted that Borno was already experiencing the challenge of teachers’ shortage that would be worsened if the state government decides to embark on the mass sack.

“Government also needs to consider the security challenges in Borno and the fact that some of the teachers have served for between 20 to 30 years.

“Instead of sacking people, I want to plead with the government to consider deploying anyone considered not qualified to teach in other areas,” Mohammed appealed. (NAN)