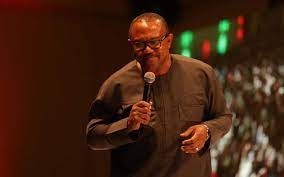 A CHILLING anecdote purportedly written by Chingiz Aitmatov and attributed to the former Soviet leader Josef Stalin tells how it is easy to govern ignorant people. The allegory describes how the dictator asked that a live chicken be brought to him. Next he plucked all the feathers off.

He then cast the chicken by his feet and began throwing some grains of wheat at it. Bloodied and in crushing pain, the chicken began eating the grains and followed Stalin wherever he went. Over the years in Nigeria, the political class amplifies their survival by ensuring that the people are kept in most profound ignorance.

They continue to dominate and control the people by impoverishing them. They formulate policies that will serve their interests first and do not really bother about the welfare of the people. They loot and steal from the public till with impunity and on industrial scale.When nothing is left to loot, they go into borrowing frenzy and thus mortgage the future of their youths.

With this level of brigandage on and heist of our commonwealth, all the indices of development are neglected. Because the monies meant for development fritter into private pockets. Therefore, inflation sets in because productive sectors of the economy are neglected.

The concomitant ripple effects are the breakdown of critical infrastructures, unemployment and underemployment, poor remuneration for workers and owing of their salaries which will bring about industrial actions like the ongoing seven-month old ASUU strike, insecurity that flows necessarily from poverty as exemplified by Boko Haram, marauding Fulani herdsmen and violent bandits, and by insurgency by secessionists and militants groups.

Before now, the restiveness among the youths was palpable, because they’re hungry, angry and dangerous. Statistics shows that youths make up 60 per cent of Nigeria’s population, and 60 per cent of this number is unemployed and underemployed on equal basis. Reason the battered and beaten youths seized an opportunity provided by police brutality to take to the streets for revolutionary mass protests.

The same brutality that sparked the protest was the same used to quell the uprising. Down and out, the heroic youths licked their wounds and went underground: like a volcano that erupted temporarily, spat out its hot, deadly lava and went under to wait for another fated time to bare its fangs of flame.

So, the EndSARS protests of 2020 produced an undercurrent waiting for the trigger to erupt again. The population promised that they would be leaders of tomorrow by the older generation is denied leadership positions and channels for development. Because their aged and impotent leaders who were saddled with leadership responsibilities at their own young age are simply recycling themselves in positions of authority instead of stepping into the honourable stage of statesmanship, thus denying the youths opportunities to be leaders.

Instead of mentoring and sponsoring the youth to be good leaders, they render them unproductive and powerless so that they could manipulate and turn them into robots to execute their nefarious jobs. Like Stalin above, the callous leaders have harvested the youths’ future and glory, and now throw crumbs at them to do their bidding. But, suddenly, as it is the case with Nigeria, the crumbs are unsustainable.

Meanwhile, the bird has started pluming again. Boom!!! The youths took to the streets and the corrupt leaders became jittery and hunted them. Those that survived retreated to plan their next action: to take back their country or die trying. Enter Peter Obi, former governor of Anambra State. His administration became a model to emulate and for reference. He governed Anambra State with deference, competence, probity, transparency and accountability.

So his remarkable and exemplary strides in Anambra are verifiable. He worked quietly and humbly that many Nigerians didn’t see the change coming. As a born disruptor of the status quo, he did not go without attacks. And the fixers and influencers of the establishment who felt their comfort zone was disrupted fought back. (Corruption will always fight back.) But by stroke of sheer resilience and providence, he had come out triumphant.

Despite the vicissitudes, he finished his tenure and left about N150 billion in the state coffers – without borrowing and without leaving behind any debt. A feat no state government in Nigeria had attained before. Nigeria is on the precipice and about to tilt over. So search is on for the rescuer. Peter Gregory Obi has presented himself to serve with reference to his excellent stewardship in Anambra State.

He plans to move Nigeria from a consuming economy to productive economy and is not desperate to be President. He said he’s not going to buy his way to be President as has been the practice. Expectedly came the tirade of abuses and barrage of attacks on him: some say he’s not serious; he is stingy; he doesn’t have structures; he is in a wrong party. His critics were dumbfounded when he left the Peoples Democratic Party, PDP, to the Labour Party, LP, and when he had traversed the length and breadth of the country to speak to people about the need to save Nigeria from sinking and ask them to partner with him in the rescue mission.

Obi’s brand of politics which is novel and a total departure from the old order and his appeal to the possibility of a greater Nigeria resonate with the yearnings of the youths for good governance, social justice, equity and fairness, probity and integrity, and opportunity for them to be leaders under merit system. Obi promises that he will help the youths take over their country.

Having seen a dependable partner and trustworthy ally, their resentments and belligerency started giving way for rekindled hope that the dry bones of Nigeria will rise again. From the nooks and crannies of Nigeria, defying the barriers of race, religion, tongue and tribe, the youths began to talk about the man who had told them the truth differently and sincerely; shown them competence and capacity like no other before him; and given them hope that tomorrow will be better and that they have a fighting chance.

Gradually the reawakening began and the movement grew. The youths took over the broadways and broadband of internet like they took over the streets during the EndSARS protest, and are now doing what they know best. Filled with energy and zeal they deploy their time, talent and treasure to promote Peter Obi’s candidacy, so he doesn’t have to spend shishi (money) to win the presidency.

Thus, they come beating their chest that they are now the structures Obi’sdetractors had queried its availability: in response to the shenanigans of the mischief makers that Obi’s votes at the presidential elections will be wasted votes, they aver that they prefer to waste their votes on Obi to having the old and recycled folks back on the wheel.

Ucheagu, a political activist and  analyst, wrote from Abuja