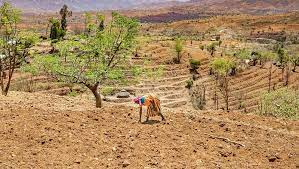 THE Dry Season Farmers Association in Balanga Local Government Area of Gombe State have expressed concern over lack canals and other facilities at the Balanga Dam.

They said the trend negatively affected productivity and forced most farmers out of business in the area.

The Chairman of the association, Alhaji Muhammadu Adamu stated this at a news conference on Monday at Tallase, Balanga.

“We have been forced to abandon dry season farming for four years because most of the facilities at the dam had broken down.

“Such facilities include the canals, which serve as the most important component of dry season farming.

“This type of farming has been our major source of income in this community, especially for the youths who are actively engaged’’.

He said that farmers had suffered losses during the 2022 rainy season due to flooding occasioned by climate change.

“We are hopeful about favourable weather that will change things for the better this year, thinking we will augment the losses in dry season, but the reverse is the case’’.

According to Adamu, the canals at the dam have been blocked by mud thereby preventing free flow of water to the farms.

“We have made several requests to the government to assist us with excavator for the desilt of the canals, to restore flow of water to the farmlands.

“But we have not got any response from the government. Farmers have now resigned themselves to fate, as the government has failed to fulfil its promises of rehabilitating the dam’’.

Adamu, however, appealed to the government to expedite action on the rehabilitation of the dam, to enable farmers to resume dry season activities.

Similarly, Alhaji Mohammadu Danjuma, the District Head of Waja, said that contract had been awarded for the hydropower component of the dam.

Danjuma said the non-functional canals had caused untold hardship to the farmers in the area.

“Dry season farming has enhanced the living standard of youths in my domain,” he said.

The traditional ruler advised the farmers to exercise patience, as the government was doing everything possible to fix the dam.

“I want to assure you that in no distant future, things will be okay,” he said.

The News Agency of Nigeria (NAN) recalled that the Gombe state government has signed a Memorandum of Understanding (MoU) with the United Nations Industrial Development Organisations (UNIDO) to facilitate the hydropower component of the dam.

He said that arrangements had been concluded to commence rehabilitation work at the dam to enhance effective utilisation of water resources and encourage agricultural productivity. (NAN)