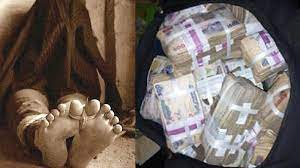 THE Baptist Conference in Osun said on Friday that N10 million ransom was paid to secure the release of four members of the church kidnapped on Jan. 11 and Jan. 16.

Two of the victims were kidnapped on Jan. 11, and N6 million had to be paid to secure their release.

The kidnappers, however, held the two farmers who took the ransom to them in Ileogbo town on Jan. 16, demanding for more money.

The church said in a letter to Gov. Ademola Adeleke on Friday, that the remaining two victims were also released.

The letter, signed by President and Chairman of Osun Baptist Conference,  Rev. Paul Kolawole and Rev. Sunday Ogundijo,  appreciated the governor for the role he played in the release of the victims.

“On behalf of the Osun Baptist Conference, the Nigerian Baptist Convention and the entire Iwo Baptist Community, we write to sincerely appreciate your Excellency on the vital roles you played towards the rescue of four of our people who were kidnapped between Jan. 11 and 16, 2023.

“We will like to inform your Excellency that two people were released on Tuesday while the last two were just released today, Friday Jan. 20, even though with cumulative payment of ransom of N10 million,” they said in the letter.

The Police Spokesperson in the state,  SP Yemisi Opalola, confirmed the release of the kidnapped victims to newsmen but did not mention if any ransom was paid. (NAN)