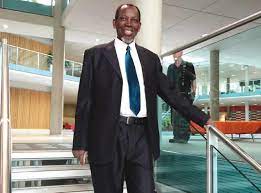 THE National Association of Osun State Students (NAOSS) has held a public lecture in honour of emeritus Prof. Razaq Abubakre,  a  former Vice-Chancellor and Federal Commissioner.

The virtual lecture on Wednesday, had in attendance Prof. Abdul – Rasheed Adeoye, Dean, Faculty of  Arts of the university who delivered the keynote address, Academic Excellence: A trajectory to a successful life.

This information was made available in a press release issued by Adegoke Rahman Adetunji, President, NAOSS on Thursday.

Dr Alex Akanmu, Sub-dean, students affairs, delivered another lecture, “Adaptation to the University community: prospects and challenges”, according to the release.

Abubakre, the honoree, declared the event open after expressing pleasure and gratitude to NAOSS for convening the lecture to honor him.

Earlier, the Association’s President, Rahman Adetunji delivered a welcome address extolling the achievements of Abubakre saying that he was not only an asset to Osun but a national and global brand in academic scholarship and excellence in ethical leadership.

An excellent scholar, he obtained a Commonwealth Scholarship to pursue his doctoral studies in Arabic Literature at the School of Oriental and African Studies, the University of London from 1977 to 1980.

Abubakre’s undying passion for his discipline became even more evident and profound as he became a Professor of Arabic, at the University of Ilorin in 1989.

He participated in forming the World Assembly of Muslim Youth as National President of Muslim Students Society of Nigeria from 1974 to 1975.

He has supervised many professors’ doctoral studies and has served several times on the National University Commission’s accreditation body.

Abubakre served as President of the Nigerian Association for the Study of Religions (NASR) 1988 to 1992.

He was twice a Fellow of the German Academic Exchange Programme (DAAD) from May to July 1987 visiting Bayreuth University, Germany and May to July 2006, visiting Ruhr University, Bochum, Germany.

As a distinguished academic, he has over 60 journal articles and chapters in books and full-fledged books published in Nigeria, Europe and the USA to his credit.

This is in addition to delivering commissioned papers at various national and international fora.

He edited an over 2,000-page book in two volumes entitled ‘Shaykh Adam Abdullah al-Ilory in the Tableau of Immortality’ in 2012.

Abubakre also presented a commissioned paper on Hajj’s organization at the Grand Annual Hajj Conference in Sept. 2016 at Makkah, which was extremely well received and culminated in a visit to the King of Saudi Arabia.

The Emeritus Professor had announced N700,000 in total endowment for seven years beginning in 2021 of N50,000 per student/year for two students.